It’s Mother’s Day, a day of celebration, a day of thanksgiving for millions of Americans … we give thanks for love given, love received. That favorite dish of lasagne, or fried chicken done just right.

Yet the joy of many is measured by sadness, too.

Mothers who couldn’t give much love, struggled with life, did their best and sometimes did their worst.

Not everyone can celebrate Mother’s Day.

On this day, 1884, Harry S. Truman was born … the 31st President of the United States … he took up the helm of the Nation when FDR died, and helped us finish the terrible days of WW2 …

On the economic front, Microsoft, Twitter, Amazon; what Bill Gates doesn’t own, Elon Musk owns; what those two don’t own, Jeff Bezos does. Too much, I’d say, for the few, and too little, for the many. The wealth of the Nation is measured not by Wall Street, but on the street where too many have to live.

What a world – here we are … as Donna might say to me on the phone, “Where are you? When are you coming home?” … or on a trip, “Do you know where you’re going?”

I don’t know where I’m going … who does?

Life is pretty much a mystery … a whodunit, for sure … things go right, and then not so right … the world swirls around us, we try to keep our balance … our head on straight; the lawn mowed … tell a joke or two, and put on a happy face.

Here we are … we’ve been here before; we’ll be here again … the Tower still stands …

The LORD is my shepherd, I shall not want.

The LORD maketh me to lie down …

The LORD leadeth me …

The LORD restoreth my soul …

The healing words of an ancient text … a poet, long ago … the mercy of God … God’s kindness, God’s provisioning love …

Yea, though I walk through the valley of the shadow of death, I will fear no evil: for thou art with me; thy rod and thy staff they comfort me. 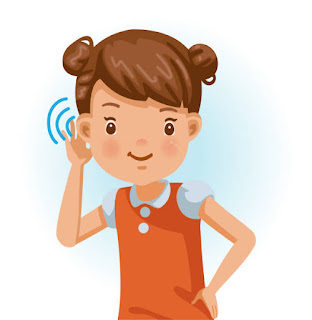 Said the night wind to the little lamb

Do you see what I see?

Way up in the sky, little lamb

Do you see what I see?

A star, a star, dancing in the night

Said the little lamb to the shepherd boy

Ringing through the sky, shepherd boy

A song, a song high above the trees

With a voice as big as the sea….

Two weeks ago, we stopped in the name of love, we stopped to think it over … last week, to look with our eyes, to see with our soul.

Today, we listen … we listen to the great truths of our faith …

You belong to God, your life is important;

You count for something, and the world counts on you …

You have things to do, and miles to go …

A life to live, love to give …

You belong to God, now and forever … your life is eternally important.

Today we listen … today we hear.

Attention: to the central message, the vital word, the foundation of all that we are, and all that we hope to be:

We belong to God … God is with us, the eternal Shepherd of the world.

The hills are alive with the sound of music

With songs they have sung for a thousand years

The hills fill my heart with the sound of music

My heart wants to sing every song it hears

The sound of music … the voice of God … the wind above, the roar of the sea, the laugher of a child.

The tears of the distressed … and the cries for justice

All these voices, all these sounds, the sounds of God, calling us, beckoning us, inviting us, to pay attention.

To pay attention to the stories of our faith … to keep our eyes on the Tower, look upward, look heavenward, for inspiration and guidance …

And then look outward, look outward with godly eyes, to see the distress of our world, the crushing weight of war, the terrors of poverty … the cruelty of massive political systems that crush the life of a child, and destroy the hope of an adult.

It’s vital that the church of Jesus Christ pay attention to the cries of those on the margins of society … that’s an interesting expression, isn’t it? The Margins of Society …

Those who are shoved aside … and often condemned, condemned for their plight in life.

When Jesus heals a blind man, everyone asks, “Why was he blind in the first place? Did he sin? Did his folks sin?”

They were in a hurry to condemn – to blame the blind man for his problem, or to blame his family … and why?

It’s a human device, a defensive move – we all do it.

The world sticks out its foot to trip someone, and then it says, “Why don’t you watch where you’re going?”

The rape victim is held in suspicion – “What was she wearing? Where was she going? Did she fight back? Did she really say No?” –  – as if rape could ever be a woman’s fault.

A friend grew up in an evangelical church, where the poor were blamed for their poverty – “they’re lazy, immoral, godless; they make bad decisions, spend their money on needless things” …

Condemn the poor, shame the poor, make the poor responsible, so we don’t have to do anything about it.

The American Farmer, during the Great Depression – thousands lost their farms to the banks, when the rain stopped and the winds blew hot … important people said, “The famers were irresponsible in the first place. They should’ve have managed their money better.”

Lies abound in every age … the snake in the grass said, “Ya’ want it, go ahead, take it” … the Roman Empire said, “Caesar is god!” … the enslavers said to people of color: “You’re not fully human; your lot in life is to be a slave, and, by the way, we’ll tell you about Jesus” … the Oath Keepers say, “the election was stolen” … Putin says, “Ukraine belongs to Russia.”

Truth begins and ends with this: love God with all your heart, soul, strength, and mind; love your neighbor as yourself – we are called by Christ to name the truth … to stand firm against the false.

We are called by Christ to separate the gold from the dross, the wheat from the chaff, the truth from the lie …

My sheep hear my voice, said Jesus, I know them, and they follow me.

The hills are alive with the sound of music.

The Bible speaks volumes, and calls us to follow.

The sky above testifies to the glories of God.

The sea speaks to our soul.

Do you hear what I hear said the night wind to the little lamb?

God help us all.

To hear, the voice of Christ.